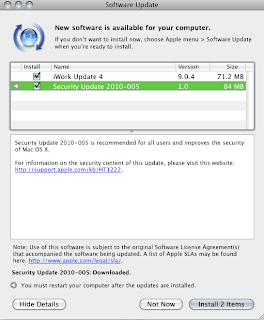 For any aspiring website entrepreneurs/squatters out there, Go Daddy's running a promotion through August 31st that gets you one .com domain for $1 for one year. Just enter SCHOOL99 at checkout, and fartzzz.com is yours for a buck! You can't buy in bulk, but it looks like you can go back and snap up individual domains as many times as you want—a tedious but cost-effective way to carve out your own little corner of the internet. More »
at 8:51 AM

This is getting a bit scary...

Steve Jobs Is Watching You: Apple Seeking to Patent Spyware: "It looks like Apple, Inc., is exploring a new business opportunity: spyware and what we're calling "traitorware." While users were celebrating the new jailbreaking and unlocking exemptions, Apple was quietly preparing to apply for a patent on technology that, among other things, would allow Apple to identify and punish users who take advantage of those exemptions or otherwise tinker with their devices. This patent application does nothing short of providing a roadmap for how Apple can — and presumably will — spy on its customers and control the way its customers use Apple products. As Sony-BMG learned, spying on your customers is bad for business. And the kind of spying enabled here is especially creepy — it's not just spyware, it's "traitorware," since it is designed to allow Apple to retaliate against you if you do something Apple doesn't like.

Five awesome Automator tips: "Think Apple’s built-in automation tool, Automator, is more trouble than it's worth? Think again. Not only can Automator perform wondrous feats, but with these tips it's also easy to make it happen.

Windows DLL Vulnerability Exploit In the Wild: "WrongSizeGlass writes 'Exploit code for the DLL loading issue that reportedly affects hundreds of Windows applications made its appearance on Monday. HD Moore, the creator of the Metasploit open-source hacking toolkit, released the exploit code along with an auditing tool that records which applications are vulnerable. 'Once it makes it into Metasploit, it doesn't take much more to execute an attack,' said Andrew Storms, director of security operations for nCircle Security. 'The hard part has already been done for [hackers].''"
at 8:09 AM

Securing Remote Desktop Services in Windows Server 2008 R2: "Taking a look at the security mechanisms built into RDS; how to use Group Policy and configuration settings for better security."
at 8:26 PM 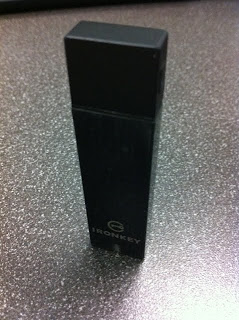 And there was much rejoicing.

HP CEO's Browsing History Used Against Him: "theodp writes 'Anything you browse can and will be used against you. An investigation of ousted HP CEO Mark Hurd's surfing history reportedly convinced the HP Board that Hurd had had a personal relationship with sexual harassment accuser Jodie Fisher, even if not sexual. Just the latest example of how HP 'work[s] together to create a culture of inclusion built on trust, respect and dignity for all.' The WSJ reported a person close to the investigation said Hurd had looked at clips from racy films featuring Ms. Fisher, a former actress, while someone 'familiar with Mr. Hurd's thinking' said he merely did a Google search of 10 minutes or so. One wonders how many more 'personal relationships' with Ms. Fisher the browser histories of HP's 304,000 worldwide employees might reveal. BTW, nice to see that Hurd has made it to HP's ex-CEO-Hall-of-Fame page.'"
at 7:18 PM